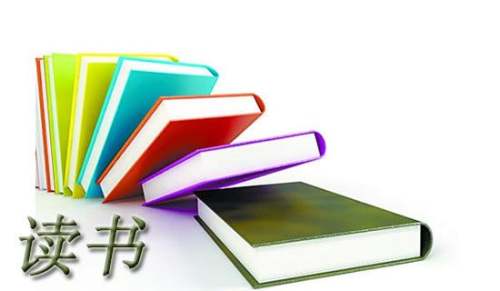 During the last month, I have been reading the novel named Great Expectations by Charles Dickens. I set up my mind to finish reading it for the simple reason that I have read the Chinese version of this great novel and I was deeply attracted by the story.

The main character in this novel is Pip and the whole story goes like this: Pip was a orphan and was brought up by his sister “by hand”. His sister Mrs. Joe was very strict with him while his brother-in-law treat him kindly. As a result, the two developed a intimate relationship. Since Pip was asked to visit Miss Havishams’s house, his mind and his fate began to change. In Miss Havishams’s home, Pip saw her adopted daughter Estella and fell in love with her at the first sight. Then he was determined to be well-educated and become a gentleman in order to deserve the beautiful girl Estella. And much to his delight, he was given a large sum of money and an opportunity to study abroad by an anonymous person. After a period of time, his great expectations came true and he became a gentleman at last. However, he found out that the money was offered by the criminal he had saved when he was young. He felt ashamed and didn’t want to use the money any more. What’s worse, the criminal Magwitch escaped from prison to visit Pip and was noticed by the police. At last, Magwitch was sentenced to death and Pip led a normal life. The beautiful lady became a widow as her husband died. But Pip still loved her and promised to be friends with her all the same. This ending is a bit reaasuring.

Among those several characters in the novel, my favourite is Magwitch. He was homeless and poor when he was young and he used to be put into prison several times. No one cared about him, so when little Pip saved him by giving him some food, he felt moved. And he bore Pip’s help in his mind. When he was exiled overseas, he was determined to make a lot of money and help Pip become a gentleman. He worked hard and saved every coin he could, and then sent it to Pip. He did all of these secretly in order to prevent little Pip from being embarrassed. After Pip became a real gentleman, Magwitch returned to England in secret only to see whether Pip had led a good life. What we can find from him is deep love for Pip. Although the society has deserted him, he is not deserted by himself. Different from Miss Havishams who is black-hearted, Magwitch is like a father. He showed his love to Pip without any hesitation. He was just like Pip’s father. This is why I admire him very much.

Then when I look back into our society, I find that some parents are not as good as the criminal Magwitch. Cases are that parents push their children to work hard in order to be admitted into the college where they were eager to go when they were young. This usually leads to two consequences. One is that the children are exerted too much pressure and they go to extremes. The other is that their children do as they are told to and don’t have their independent thinking. They lack the comprehensive abilities to cope with fierce competition in today’s society. In other words, they are likely to survive in this competitive world.

God is equal to everyone. When Magwitch knew that Estella was his daughter and had been loved by Pip, he felt relieved. I am also relieved because one good turn deserves another.

Great Expectations is a novel by Charles Dickens, a famous writer from England. It is the story of the orphan Pip’s life.

The character in this novelgaveme the deep impression was Pip.He fell in love with Estella. Educating himself for the girl,Pip studied as hard as he could.

Why did he love Estella so much? Not for her beautiful face,her treasure . Pip paid out so much for the love.

AlthoughEstella didnt treat him well and even that she didnt respect him at all! She put the food for him as a dog,but he didnt hate her. On the contrary, he left from his home with Pip/s friends. Pip just wanted to be a gentleman.

He abandoned a lot than he got. I cant understand why he do it in this way. I think its not worth at all. If one person dont like you or not respect you,you neednt do everything for her. So it made me quite sad.

I feel sorry for Pip. He had a very difficult life... Miss Havisham is also a character who left me a deep impression .She was a poor lady. Her mother died young. Her farther was very rich and very proud

with only one child, Miss Havisham, is his first wife.

In fact, Miss Havisham should have a nice life,but her wedding was destroyed by her fiance.

He broke her heart and she was angry.She wanted to retaliate all men. She was really a kind woman. But she chose a wrong way to continue her life. Miss Havisham wanted to hurt other persons.

And she had done. This was not good for her. Only made her feel a little comfortable but there were also more victims in the world.

The above is what I get from the novel in the textbook and to conclude my opinion in one sentence, I should say that people should not depend on others.