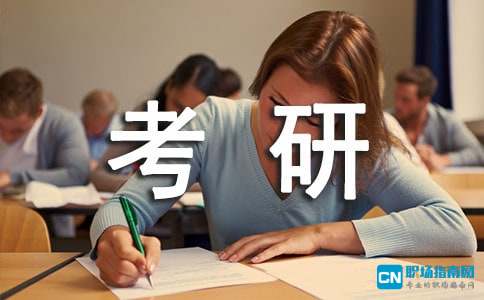 1.it is apparent that the author of the drawing tries to reveal to us: a finishing line always leads to another starting point.

2.Such stimulating stories are not rare in our daily life . the most persuasive example is madam curies ,a world-reknowned female scientist. She was awarded twice the nobel prize for physics and for chemistry, within less than 10years. It is rather a uniquething in history of science in the whole world.

3.this picture does reflect a thought-provoking social phenomenon .

4.the phenomenon reflected in the picture is both immoral and illegal . it is well known that caring the old is not only a traditional virtue cherished by Chinese ,but also a duty laid down in the constitution .in order to prevent such mistreatment typified in the picture, we should make efforts to promote moral education , and at the same time strengthen the regulations and laws.

5.the situation is rather depressing because intellectuals in fact contribute greatly to our country’s development, and it is largely owing to their painstaking efforts that pave the way for advancement and prosperity . to solve this problem , I think there should be a thieving social trend of showing respect to knowledge and intellects.

6.the message conveyed in the picture seems to be that people tend to underestimate their abilities and magnify difficulties when confronted with challenges. But in fact , it is not the case.

7.the harm caused by tobacco consumption is experiencing a similar upwardtrend-statistics indicates that 3000000 people die of smoking and related diseases every year.

8.nevertheless, given the pessimistic statistics at the present, we can still predict optimistically that tobacco consumption will decline based on several emerging tendencies . in the first place , there is an extensive public awareness of the negative impact of smoking, and as a result ,more people resist the temptation of cigarettes. In the second place, governments are setting more regulations to limit tobacco production . the effectiveness of such policy was testified by the prompt drop of the tobacco production from A to B ,as see in the picture.

9.as a result , the integration of poor living conditions and work pressure leads naturally to their poor health and short life-span ,just as the picture shows us.

10.the picture is thought-provoking in that it endeavors to convince its audience that we can actually exercise anywhere , as long as wu have the awareness of preserving heath by exercise.

11.I reckon that the consciousness of maintaining health is significant for both individuals and the whole society. On the individual level, it is vividly evidenced by the man in the picture that his wxercise improves his health and mood as well. On the social level, the improvement in quality of life contributes vastly to a harmonious society.

12.the artist uses this unique metaphor in order to endow us with the concept that to habitually exercise is like to deposit money bit by bit in the bank.

13.what the drawing is trying to express is very conspicuous ,it shows people who are ……，moreover ,at the bottom of the picture are four huge characters, meaning “sports” and “health” ,which targets reminding us that sorts and health are intrinsically connected.

14.all in all , I firmly believe that sports are not the business of a small group of athletes, but a life-long pursuit that every person should bear in mind and endeavor to put it into practice . not only do sports benefit individuals , the improvement of nation’s health would be a huge contribution to our country’s development .

15.the picture describes the scene of a very typical family workshop which we might find in every neighborhood in china .

16.the sanitation problem of family workshops in the food industry has existed for a long time . it can be mainly attributed to two factors . the first and perhaps key factor is ignorance toward sanitation . the other reason lies on some businessmen’s short of occupational disciplines .

17.judging form the analysis above , we may safely come to the conclusion that the daunting problem demands effective countermeasures. Most importantly, the government needs to implement inspection. In addition,……

18.I maintain that effective measures must be taken to put an end to this phenomenon . firstly, we need to advocate social responsibility and professional ethics in each field . secondly, strict regulations should be enacted and enforced to create a harmonious and orderly society .only through the combined efforts of government and society can we forcefully and completely climinate this “tumor”.

19.the tremendous contrast presented by the drawing alarmingly reminds us of the detrimental deterioration of oceanic ecosystem by the greediness of mankind.