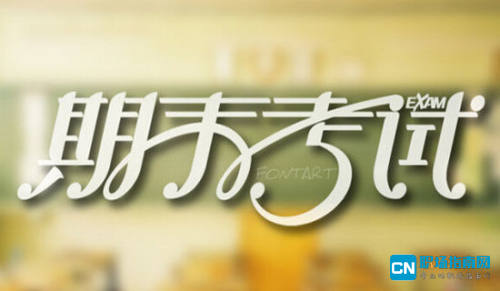 A.I haven’t seen the film B.I will go with you

C.I have already seen the film

A.the number of B.a lot of C.a number of

A.if he is busy studying B.when he will stop working

C.why he stays up so late

Big companies like Coca-Cola and PepsiCo are saying “yes” to the new _____ .Many have already started to advertise their healthier foods.For schools, they will ______ junk food advertisements like a Coca-Cola scoreboard(记分板).Schools need to get a(n) ______ scoreboard with a healthier message.

“The new rule makes sure that schools should be a safe place where kids can ______ and where students can eat healthy food and keep a healthy______ _____ habit.” Tom, a government officer, said in a meeting.

“ Obesity rates(肥胖) among children in the US have dropped greatly over the last 10 years.This means that at least for kids, we can do something helpful to _____ them from becoming too far.That’s why we come up with the rule,” Tom said.

Camping has always been the best way I know to be outside.Whether you prefer to be in the woods, mountains, or swimming in the river, camping is wonderful.

Before you just take off and go there are a few things you should know about before you leave.First of all you’ll need your boots, a tent and of course a backpack.The right boots are an important thing that you’ll need.Packs come in all different sizes.For over a week you will need at least a 6,000-inch pack.Your tent should have the main tent, the rain fly(防水布), along with the support(支撑) poles（柱，杆）, and these hold up your tent.You should also bring along a piece of ground cloth.This is a piece of plastic that goes under your tent.It can keep your tent dry and clean from the ground.

During the camping, always remember to keep your things dry and keep them in a zip lock bag.Use fires only when you must.Fires scar the land.If you do use a fire make sure to use it in the fire rings if possible.Keep noise level down.This way you’ll have more of a chance to see wildlife.Always remember that hiking is depending on your personal health.Never be afraid to ask your hiking partners to stop for a break.It’s important.

Finally, keep your camera close by.Make sure you don’t miss out on the natural wonders.You’ll enjoy them later.It’s simply great fun to go on camping!

A.Because it can destroy the land.

B.because they don’t have the fire rings.

C.Because the smoke is bad for their health.

While smog（雾霾）is a problem in many of the world’s cities, few have it as bad as china.Most of last year, the air around Beijing was polluted.And the people of Harbin, in Northeast China, have not had it easy either.On days in winter, when air was really dirty, people couldn’t even see across streets and airplanes have a hard time landing.

The problem is so serious that it has caused different ways to deal with the smog.The most usual way is wearing face mask（口罩）that almost no city people leaves home without them.There are also different kinds of air purifiers（净化器）.Scientists are trying to clean the air using artificial(人工的') rain.

The best way to control smog would be cutting emissions（排放）.The government of China decided to do something to fight against the pollution that is becoming a serious health problem for its people.They have shut down some factories.They stop cars from going into cities like Beijing, on days when there is much smog.They have also planned to spend as much as 3 trillion yuan fighting against smog.

But the fact is that is not effective enough to stop the smog and allow people to experience a bright sun.The right thing officials should do is: clean up China’s cities the old way ― By cutting down emissions.

A.it’s too snowy B.it’s too cloudy C.the air is too dirty

A.The government is trying to cut down emissions

B.The government has shut down some factories.

Today I Ate A Rainbow is a useful game about our health.It makes eating a rainbow of fruits and vegetables fun for kids!

In the game teachers or parents use a colorful rainbow(彩虹) chart and bright colored magnets（磁铁）.They known about the fruits and vegetables they eat the whole day.

1.What is Today I Ate A Rainbow according to this passage______

4.What colors are there in the color groups of the chart______

In the photos, Anna Maria, a fat Spanish girl, is watching TV, “ 2.”says Chi.“She loves watching TV so much that she just eats fast food in front of her computer every day.”

Anna Maria hardly ever goes out because she thinks she’s not beautiful and doesn’t know how to communicate with others.She blames luck.“I’m not as lucky as Veronica,” she often says.

3.,Veronica, the “lucky” girl next door, has taught herself four foreign languages and traveled to many places.She often goes to the library and her knowledge and experience help her take part in any conversation and become the center of attention.

4..They stay in their little circles, always complaining about their luck, yet never changing it.

A.She spends most of her time in front of her computer.

B.How can they give up hope and accept this as their life

D.Comments on the photos show that the two girls’ future is in their own hands

E.Chi thinks Maria is similar to many of his Chinese friends who study abroad

Have you heard of a living library______ Your answer is probably “No”.There is such a library in my 1., Beijing.It opened on December 24,20xx.

In a living library, readers can 2.and return books as they do in a normal one, but the “books” in it are real people.They share their stories and ideas with readers.Some stories are even about their 3..Many people like spending time there,4.on weekends.

“From here we get to know people with stories to share and also to understand who they are and the way they live,” said Li Xingning, owner of the living library.“5.I was a little child, I have always dreamed of being a librarian.Now I have 6.a library.”

7.the “living books,” a man named Yu Shi is a street singer.He used to live a vagabond(流浪汉) life 8.nine months.He made a living by singing in the street.