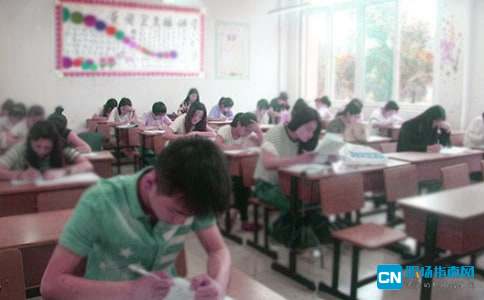 ―Henan in One Minute (《河南一分钟》) is ______ short video which tells us what happens in Henan in one minute.

―Let’s do something for our parents.

―Yes. I ______it last Friday. Kung fu artist Wu Jing both starred in and directed this action movie.

WeChat Pay makes our lives confident. ______ we want to pay for something, we just need to scan a QR code (扫描二维码).

Yu Min, who made great contributions to our country’s science,? _______ on January 16 this year, and it is a great loss of our country.

_____ the weather is fine tomorrow, we will go fishing.

I think ______ important to prepare more food for tomorrow’s party.

A. what should we take??? B. where shall we meet

C. when we would start??? D. how we will get there

Look at these signs. Which is the right picture for “recycle”?

Every child has his own dream. Every child hopes to be an adult. ____, is it really like what they imagine? As a boy____lives in modern times and in a modern city, I feel greater pressure(压力)on me with the city’s development. Although we____worry about money, we still have____problems, such as competition among classmates and expectations from parents. These experiences are very____to our future. But in fact, they really give me a lot of pressure. I still clearly____the happiness of my childhood. ____, we had to face the fact with time passing by. We began to feel this invisible(无形的)pressure come upon us. We____before sunrise and come back after sunset. We work and study like an adult, even harder. What we do is in order to____an excellent mark. Oh, growing up is boring, but we____try to find happiness while growing up. I think the friendship among our friends, the support from our parents and the encouragement from our teachers can help us. Why not enjoy the pleasure of growing up and its delicious taste?

1.A. HoweverB. AndC. SoD. Although

??? When I was in primary school, I got into a major argument(争论) with a boy named Michael in my class. I have forgotten what the argument was about, but I have never forgotten the lesson I learned that day.

I was convinced that I was right and he was wrong, and Michael was just as convinced that I was wrong and he was right. The teacher decided to teach us a very important lesson. She brought us up to the front of the class, placed Michael on one side of her desk and me on the other. In the middle of her desk was a large, round object. I could clearly see that it was black. And she asked Michael what color the object was, “White,” he answered.

I couldn’t believe he said the object was white, when it was obviously black! Another argument started between Michael and me, this time about the color of the object.

The teacher told me to go stand where Michael was standing and told him to come and stand where I had been. We changed places, and now she asked me what the color of the object was. I had to answer, “White.” It was an object with two differently colored sides, and from his viewpoint（视角）it was white. Only from my side it was black.

My teacher taught me a very important lesson that day. You must stand in the other person’s shoes and look at the situation through their eyes in order to truly understand their perspective.

1.What was the argument about between the author(作者) and Michael at first?

A. The color of the object.B. The answer of a math question.

C. The author was not sure.D. The time of beginning class.

3.What’s the meaning of the word underlined in Paragraph 2?

4.What did the teacher put in the middle of her desk?

A. A round and colorful object.B. A white and black bottle.

5.What’s the best title for the passage?

A. An ArgumentB. My School Life

??? Every day of the week has its own color. Here’s what colors days show.

Monday is like a white paper for you to picture anything you want. On Monday almost everyone chooses to close their mouth to be silent and wait for something. So it’s white.

Tuesday is light gray. As you might have already guessed, Tuesday is more interesting than the first day of the week. It means that the white paper starts getting some colors on it.

Wednesday is red because you’re in the middle to start an exciting weekend. You should meet friends and have fun together on the day. So this day is with colorful activities.

Thursday is dark gray. Thursday shows a condition of mind that suffers from the difficult tasks and expects Friday.

Brown is a color full of surprises. Friday is brown because this day is full of things that are interesting and exciting.

Green should be a favorite color. The same goes about Saturday because it’s people’s favorite day of the week. You’re free today and will be free tomorrow too. Green color helps people relax.

Sunday is orange. It’s bright. As the weekend comes to its end, people try to do everything, so this day fills with fun. Sunday evening is also the best time to have a deep talk with others.

1.Which day shows the red color?

2.What does the underlined phrase “suffer from” mean in Chinese?

A. Monday is more interesting than Tuesday

B. Thursday is the most difficult day of all

C. Saturday is green, so it helps people’s eyes

D. Sunday afternoon is a better time to talk deeply

A. different colors and feelingsB. what you can do in a week

C. the colors of every day of a weekD. how colors affect feelings

5.Where are we most likely to find this type of passage?

A. In a book about life.B. On a traveling website.

C. In a magazine about food.D. In a morning newspaper.

??? There are hundreds of marathons (马拉松) held around the world each year, from the North Pole to the Sahara Desert. Here are some of the biggest and the best.

The New York City Marathon has grown from a race with 55 finishers to the world’s biggest and most popular marathon. 51,394 runners finished the event in 20xx. The race has been organized every year since 1970. It was not held only in 20xx.

This is the oldest marathon held every year in the world. It was started in 1897. The idea of creating the event came from the marathon held at the Summer Olympics in Greece the year before. The Boston Marathon is held in Greater Boston in the state of Massachusetts in America.

For anyone who doesn’t mind freezing conditions, the North Pole Marathon ― known as the world’s coolest marathon ― takes place on the top of the world, around the North Pole. The first official race was held on April 17, 20xx.

2.How many people finished the first New York City Marathon?

3.The idea of the Boston Marathon was born thanks to the marathon held in _______.

4.How long is the history of the world’s coolest marathon?

5.Where does the passage probably come from?

??? An American friend has invited you to visit his family. You’ve never been to an American’s home before, and you are not sure what to do. Don’t worry! 1.

The question of whether or not to bring a gift often gives guests a headache. 2. Of course, some people do bring some small gifts like flowers, candies or―if the family has small children toys. If you choose not to bring a gift, don’t worry. No one will even notice.

American hospitality (好客) begins at home. 3.When invited for a meal, you might ask, “Can I bring anything?” If it’s not a potluck (便饭), where everyone brings a dish, the host will possibly answer, “No, just yourself.” For most informal dinners, you can just wear comfortable clothes.4.

During the dinner conversation, it’s polite to say the food is nice. After dinner, you can help clear the table or wash the dishes. But since you are the guest, your hosts may not let you help. 5.If the hosts are not smokers, you shouldn’t smoke in their house. And, above all, don’t go around looking at the house if you are not invited. After about an hour of chat, it’s time to say good-bye. You don’t want to wear out your welcome.

A. Remember to arrive on time, or call to tell your hosts that you may be late.

B. Most Americans agree that good home cooking beats restaurant food any day.

C. When you’re the guest, you should just make yourself at home.

D. Instead, they may invite everyone to move to the living room to drink some tea or coffee.

E. In American culture, it’s not a must-do thing to bring a present.

A. Remember to arrive on time, or call to tell your hosts that you may be late.

B. Most Americans agree that good home cooking beats restaurant food any day.

C. When you’re the guest, you should just make yourself at home.

D. Instead, they may invite everyone to move to the living room to drink some tea or coffee.

E. In American culture, it’s not a must-do thing to bring a present.

I climbed a hill so that I could be in a cloud. I kept climbing until I reached the top of the cloud. I looked down and saw my friends waving to me. The cloud began1.up. I found myself rising with the cloud. The cloud kept rising higher and higher2. I felt like I was touching the sky.

The cloud was very soft. I 3. what it tasted like. Oh! It was cotton candy.

It was 4. to look at everything down below. The cloud took me over an amusement park. I could see kids riding a Ferris wheel, roller coaster, merry-go-round, and other rides. The roller coaster didn’t look so big and scary from up 5..

There was so much 6.. There were many ponds, rivers, lakes, and even swimming pools. When the cloud took me over the ocean, I wondered when I would see 7. again. When I passed a huge ship, I waved to the 8. on board.

My favorite site was a castle in England. I said hello to the princess (公主), and she waved and 9. at me.

I knew it was time for 10. to go home. When the cloud reached a rainbow (彩虹), I stepped off the cloud onto the rainbow. I slid down the rainbow and landed in my backyard.