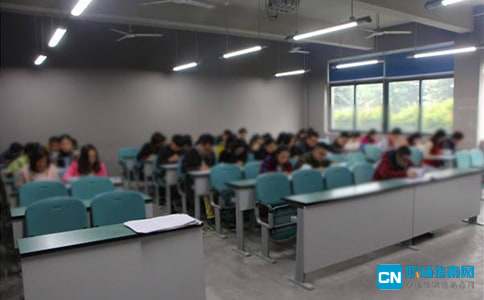 Most of us spend our lives seeking the natural world. To this end, we walk the dog, play golf, go fishing, sit in the garden, drink outside rather than inside the pub, have a picnic, live in the suburbs, go to the seaside, buy a weekend place in the country. The most popular leisure activity in Britain is going for a walk. And when joggers (慢跑者) jog, they don’t run the streets. Every one of them instinctively heads to the park or the river. It is my profound belief that not only do we all need nature, but we all seek nature, whether we know we are doing so or not.

But despite this, our children are growing up nature-deprived (丧失). I spent my boyhood climbing trees on Streatham Common, South London. These days, children are robbed of these ancient freedoms, due to problems like crime, traffic, the loss of the open spaces and odd new perceptions about what is best for children, that is to say, things that can be bought, rather than things that can be found.

The truth is to be found elsewhere. A study in the US: families had moved to better housing and the children were assessed for ADHD―attention deficit hyperactivity disorder (多动症). Those whose accommodation had more natural views showed an improvement of 19%; those who had the same improvement in material surroundings but no nice view improved just 4%.

A study in Sweden indicated that kindergarten children who could play in a natural environment had less illness and greater physical ability than children used only to a normal playground. A US study suggested that when a school gave children access to a natural environment, academic levels were raised across the entire school.

Another study found that children play differently in a natural environment. In playgrounds, children create a hierarchy (等级) based on physical abilities, with the tough ones taking the lead. But when a grassy area was planted with bushes, the children got much more into fantasy play, and the social hierarchy was now based on imagination and creativity.

Most bullying (恃强凌弱) is found in schools where there is a tarmac (柏油碎石) playground; the least bullying is in a natural area that the children are encouraged to explore. This reminds me unpleasantly of Sunnyhill School in Streatham, with its harsh tarmac, where I used to hang about in corners fantasising about wildlife.

But children are frequently discouraged from involvement with natural spaces, for health and safety reasons, for fear that they might get dirty or that they might cause damage. So, instead, the damage is done to the children themselves: not to their bodies but to their souls.

One of the great problems of modern childhood is ADHD, now increasingly and expensively treated with drugs. Yet one study after another indicates that contact with nature gives huge benefits to ADHD children. However, we spend money on drugs rather than on green places.

The life of old people is measurably better when they have access to nature. The increasing emphasis for the growing population of old people is in quality rather than quantity of years. And study after study finds that a garden is the single most important thing in finding that quality.

In wider and more difficult areas of life, there is evidence to indicate that natural surroundings improve all kinds of things. Even problems with crime and aggressive behaviour are reduced when there is contact with the natural world.

Dr William Bird, researcher from the Royal Society for the Protection of Birds, states in his study, “A natural environment can reduce violent behaviour because its restorative process helps reduce anger and impulsive behaviour.” Wild places need encouraging for this reason, no matter how small their contribution.

We tend to look on nature conservation as some kind of favour that human beings are granting to the natural world. The error here is far too deep: not only do humans need nature for themselves, but the very idea that humanity and the natural world are separable things is profoundly damaging.

Human beings are a species of mammals (哺乳动物). For seven million years they lived on the planet as part of nature. Our ancestral selves miss the natural world and long for contact with non-human life. Anyone who has patted a dog, stroked a cat, sat under a tree with a pint of beer, given or received a bunch of flowers or chosen to walk through the park on a nice day, understands that.

We need the wild world. It is essential to our well-being, our health, our happiness. Without the wild world we are not more but less civilised. Without other living things around us we are less than human.

Five ways to find harmony with the natural world

Walk: Break the rhythm of permanently being under a roof. Get off a stop earlier, make a circuit of the park at lunchtime, walk the child to and from school, get a dog, feel yourself moving in moving air, look, listen, absorb.

Sit: Take a moment, every now and then, to be still in an open space. In the garden, anywhere that’s not in the office, anywhere out of the house, away from the routine. Sit under a tree, look at water, feel refreshed, ever so slightly renewed.

Drink: The best way to enjoy the natural world is by yourself; the second best way is in company. Take a drink outside with a good person, a good gathering: talk with the sun and the wind with birdsong for background.

Learn: Expand your boundaries. Learn five species of bird, five butterflies, five trees, five bird songs. That way, you see and hear more: and your mind responds gratefully to the greater amount of wildness in your life.

Travel: The places you always wanted to visit: by the seaside, in the country, in the hills. Take a weekend break, a day-trip, get out there and do it: for the scenery, for the way through the woods, for the birds, for the bees. Go somewhere special and bring specialness home. It lasts forever, after all.

1. What is the author’s profound belief?

[B] People should spend most of their lives in the wild.

[C] People have quite different perceptions of nature.

2. What does the author say people prefer for their children nowadays?

[B] Things that are natural.

[D] Things that are purchased.

3. What does a study in Sweden show?

[A] The natural environment can help children learn better.

[A] tend to develop a strong love for science

[B] are more likely to fantasise about wildlife

[C] tend to be physically tougher in adulthood

[D] are less likely to be involved in bullying

5. What does the author suggest we do to help children with ADHD?

[A] Find more effective drugs for them.

[B] Provide more green spaces for them.

6. In what way do elderly people benefit from their contact with nature?

[A] They look on life optimistically. [C] They are able to live longer.

[B] They enjoy a life of better quality. [D] They become good-humoured.

[A] humanity and nature are complementary to each other

[B] wild places may induce impulsive behaviour in people

[C] access to nature contributes to the reduction of violence

[D] it takes a long time to restore nature once damaged

2.D) Things that are purchased.

4.D) are less likely to be involved in bullying

5.B) Provide more green spaces for them.

6.B) They enjoy a life of better quality.

7.C) access to nature contributes to the reduction of violence